“You shall love your neighbor as yourself.”
Leviticus 19:18b (World English Bible) 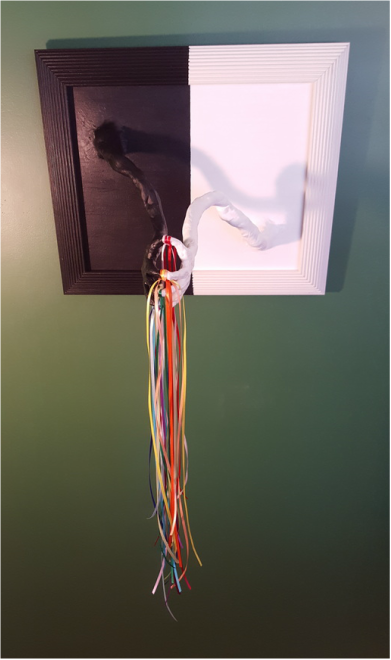 History of This Work

I saw a call for artist to consider creating works of art that represented my home town of Tulsa, Oklahoma.  As I consider this, the idea for the work Reconciliation came to mind.

The work Reconciliation is intended to be a declaration about how far our city has come and a hope for its future.  Tulsa is the home of the most deadly race massacre in the history of our nation.  However, many in our town were not aligned with the heart and attitudes that fueled the flames of this abhorrent event.   So they sought a better way.  The Tulsa I grew up in became a leader in several racial unity firsts.  As a child, my family moved to a voluntarily integrated neighborhood.  Tulsa was the home of the first voluntarily integrated high school in the United States, from which I graduated.  Many of the people of Tulsa have come together in love, tolerance and diversity in pursuit of a more perfect city.

Unfortunately, as far as we have come, pockets of racism still persist and some racial tensions linger.  In reality, I believe we all have a mix of racism and reconciliation at work within us.  It is the part we choose to act on that defines us.  I believe most in our city have chosen reconciliation.   Now, the very land where so much blood was spilled during the 1921 massacre lies a park poetically named Reconciliation Park.  This tribute stands as a bold declaration that love rules over hate and that mercy triumphs over judgment.   Let us all choose to walk in a spirit of reconciliation as we pursue an end to racism.  For the end of racism comes not when we respond according to how we have been treated, but rather when we choose to act according to how we want to be treated.

This work is intended to be a joyous expression of how far we have come since 1921 as well as a clarion call to live more fully as a city of reconciliation into the future.  May we press on as a city of love and forgiveness and may we glory in our diverse union. 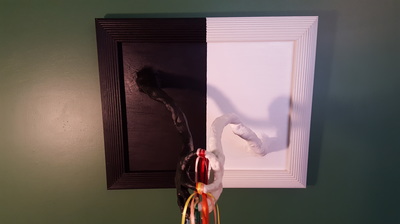 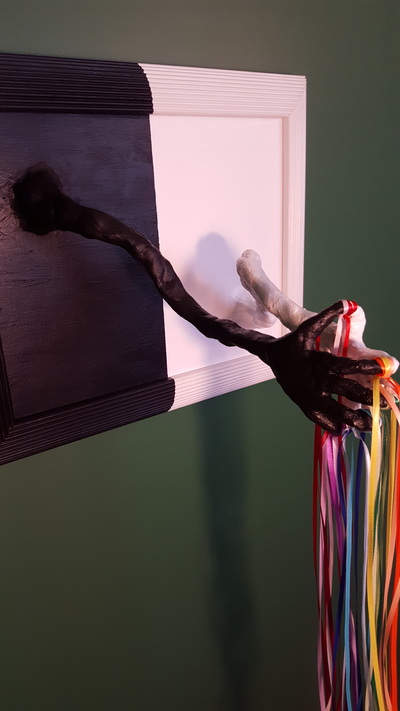 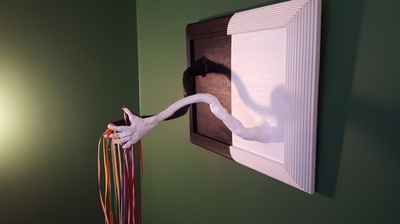 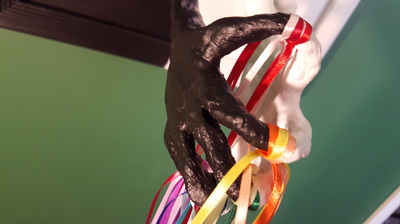 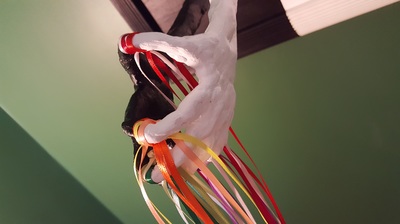 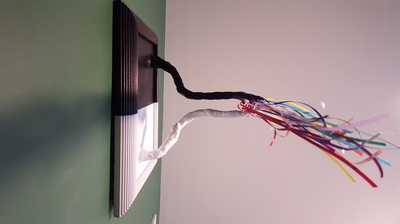 Consider the work before you made of two distinct colors.  There is a clear line of demarcation where no color shall pass.  Some of the paint from each side, with great effort, begins to rise off the canvas to reach out toward the other side.  Then, after enormous struggle and after meeting with much resistance, the two colors finally meet in the middle.  Where they meet, there erupts a flowing fountain of vibrant beauty, much more colorful than their individual colors when they were separate.  The synergy of their diverse union brings forth an unimagined brilliance.

This work represents a snapshot in time when the two colors first met.  What did the work look like when the white and black paint first started rising in an attempt to reach out to the other side?

What will the work look like after years of living in diverse union?

What resistance did the paints encounter during their first attempts at reconciliation?

Is this work, in its current form, a metaphor for where we are today or a prophecy of where we could be?

If a prophecy, what role do you play in bringing about this vision of reconciliation?

Although the first meaning introduced about this work is around race reconciliation, consider other possible interpretations.  Let the black and white sides represent other differences.  What might these differences be?  What might the coming together represent?

Where are you in this picture?  Are you some of the paint still on the sidelines?  Or are you reaching across with full energy?  Or are you perhaps at different times a little of both?

In answer to the question, “Where are you in this picture?” based on your answer, what can you do to more fully engage in the reconciliation process?

When you feel the subtle nudge of both racism and reconciliation at work within you, how might you more fully choose to act in accordance with reconciliation?

Note: I created this work out of items I had lying around the house.  The mounts in back were old chunks of wood and screws left over from previous art.  The outreaching arms of paint were made of recycled wire clothes hangers, some leftover clay and old paint.  The only thing new in this work is the flowing colored streamers.  This was meant as a metaphor and declaration that reconciliation begins wherever we are with whatever we have.
Brad Morrow